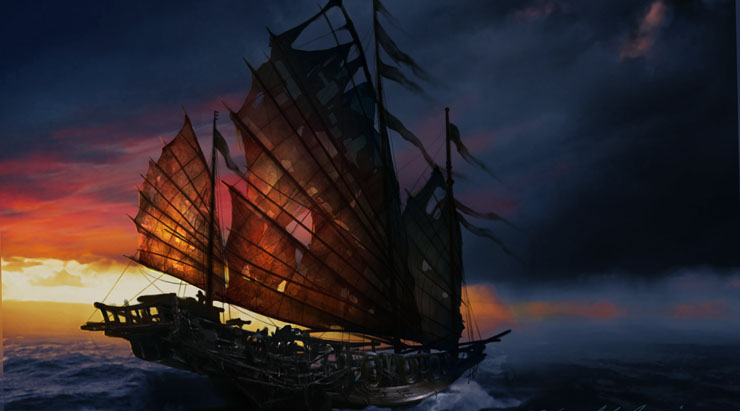 Those who disbelieve that the barbaric Skorne abstain from high seas travel have not yet encountered Tugboat; colloquially named by those who have seen it. An oversized pleasure barge, refitted with sails, the main locomotion by Tugboat is through the many enslaved beasts who actually drag it through the waves. These creatures are driven past exhaustion and physical limits by the torturous ministrations of the crew in order to catch even the swiftest ships.

Crewed by vicious warriors of the empire, no quarter is offered or requested. Death is the only terms offered for Tugboat's foes, and in Western Immoren the Skorne have no allies.

Ascendant campaigns can view previous versions of their pages, see what has changed (and who did it), and even restore old versions. It's like having a rewind button for your campaign.

We've already been saving your edits, so if you upgrade now you will have instant access to your previous versions. Plus, you have our no risk refund guarantee , so there's nothing to lose.

I'm sorry, but we no longer support this web browser. Please upgrade your browser or install Chrome or Firefox to enjoy the full functionality of this site.